It’s the day after Valentine’s Day here in Japan and it’s just as insane as it is back home. The only difference is that it’s the girls that declare their love for the boys rather than everyone braving their confessions. The men have their chance on March 14th, on White Day.

Never have I see so many advertisements impressing upon the public their ability to win over your love interest. Cakes, chocolates, cookies and bread could be found in all manners of bakeries and you would always be able to spot a home-making kit in just about any kind of store. I feel that Japan is more capitalist than America is sometimes. In my case, I drew a picture using the language of flowers since I enjoy the subtlety only a bloom can offer.

The red rose for love and devotion. Valerian for readiness. White clover requesting him to think of me. Violets for loyalty, devotion, and faithfulness. Lastly, the morning glory for affection. I eventually colored it, much to my dismay. Despite what I think, he took my gesture to heart and appreciated my effort to turn his head. Unfortunately, due to reasons outside of my control, I was turned down. I quickly added this experience to my list of “Firsts in Japan.”

Since then, I’ve been going through this stupidly self-inflicted cycle of anger and depression. Anytime I remember something he told me, I get bummed out. As usual, I’m trying to blame everything on myself when that’s not the case.

A second “first” was my visit to a Japanese dentist. I had no idea what to expect. How much will it cost me? What tools do they use? Do they use a different method of fixing cavities? Do they even use Novocain to numb the teeth? The Japanese could definitely compete with the British stereotype in regards to gnarly teeth.

Don’t judge a book by its cover, folks!

The clinic I went to was near my main school and, despite my limited Japanese, I understood everything that was said, was very comfortable letting strangers root around in my mouth and was impressed by the efficiency.  An astonishing 6 cavities were found in my mouth. I blame stress and my penchant for sugary things. Needless to say, I’m now on the fast track to fixing them. No offense to my dentist back at home, but… Japanese dentists do a better job with cosmetics. Unfortunately, I can’t say that the amount of time I wait has changed. My 5 o’clock appointments might as well be called 6 o’clock appointments.

For anyone wanting to move to another country, check out what kind of health insurance system they have. Japan has two programs, a public and a private. I’m enlisted with the public one: National Health Insurance (NHI) and thank goodness for that. My first cavity cost me about $20 to fix. Last night’s lie-in was around $9. So cheap! Going to an all-Japanese staffed establishment really tests my language ability. I feel slightly guilty for abandoning what Spanish I learned back in college.

The third “first” was experiencing a yeast infection and discovering what medication was available and what wasn’t. My preliminary action was to see if I could get Monistat here. The only option was a vaginal testing kit through Amazon Japan. For any woman who has faced the fires of hell in the itching department down there will understand me when I say that that wouldn’t cut it. Back to Google I go and exploring the forums on GaijinPot and other ex-patriot sites. I kept seeing a few medications mentioned several times: Feminina (フェミニーナ), Torikomishin K (トリコマイシン), and Empecid (エンぺシド). 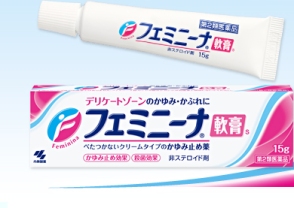 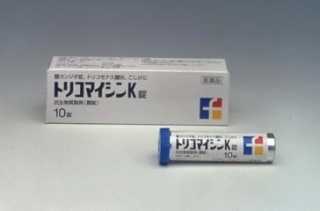 Everyone that suggested them found them as reliable substitutes for the trip the Lady Doctor. Coincidently, there’s a drug store next to the dental clinic. I stopped in to question one of the employees and they flat out said they didn’t sell the medications; that I had to go see a doctor for a prescription. My friend in the city even told me via pharmacist she went out of her way to talk to said that the Torikomishin was now illegal. Feminina is only used externally and… I didn’t ask about Empecid. Behold! my first glimpse into Japan’s strict drug laws. I could feel me and my vagina beginning to panic. Without Monistat, what would we do? I didn’t even want to begin to dwell on what a complicated infection would be like. Luckily, I remembered searching for home remedies at one point and decided to dive back into the realm of alternative medicine.

The top choice was plain yogurt with live probiotics. The second choice was douching with apple cider vinegar (this has many other uses, if you’re interested in looking them up). The third was using boric acid tablets but wasn’t recommended if you had a complicated case. Pondering my options, I thought I’d give the probiotics a go. I happened to have some supplements I brought with me from America and well… you can connect the dots, I’m sure. With positive reinforcement from my mom, it’s now the 3rd day and my symptoms are subsiding. I can now sit without squirming.

As a precaution against further upsets, I caved and used my credit card to get some Monistat sent my way through the original Amazon. One online pharmacy wanted to charge me around $100 to ship a 7-day supply on the suppositories! Outrageous! I could hear the ATM crying from my apartment. $12 and some change later, my savior is now on its way.

As a rule of thumb, if there’s any medicine you particularly like back home, make sure you bring enough for one month as that’s the only amount Customs will allow you through with.

In other news, I got on the wrong train last night, not paying attention. That was a “first.”