(Translation: Hello, everyone! How are you doing? I’m sorry I took such a long vacation. Many things came up after travelling and I became extremely busy. I had to prepare for graduation and review my English classes.

Recently, I moved from Gotemba to Hamamatsu’s northern ward. Compared to Gotemba, there isn’t really anything here. At least Gotemba had a McDonald’s. The closest one to here is about 40 minutes by bus (that I know of). It’s a good thing I don’t really like McDonald’s.)

I’m sure you were wondering whether something happened to me, but I promise you I’m very much alive.  During the last few months, I have been travelling. All places are listed below and will be addressed in their own posts (if I ever get around to doing them):

Thinking now, I’m overwhelmed with the amount of writing I need to accomplish in the coming days. Thank goodness for the pictures I take or else I’d have trouble remembering the places I’ve seen and the food I’ve eaten.

Backtracking, my turmoil began back in November when I planned what I thought was a harmless visit back home. It was my little secret, cloistered away in the depths of my heart. It was days before I could wipe the smile off my face; days before I could stop daydreaming of my parents’ reactions to my popping in unexpectedly. In the meantime, I was blissfully ignorant of the fact that Fate has its own agenda and I was helpless to stop it. Cue the last ALT meeting.

Surrounded by that tacky, office building interior with chairs that were too high, my trainer ominously beckons me over in that subtle Japanese way. “How would you like to move to Hamamatsu?” he asks.

“…what?” I blinked once, twice. What did I do wrong? What aren’t my teachers telling me? So many what-ifs flew around in my head. I was suddenly nervous.

“Yeah, we can’t keep you in Gotemba anymore,” he explained.

I handled the news quite well and, like a seasoned businesswoman, I asked, “Will the company pay for my moving expenses and will I have to come up with another apartment deposit?” Naturally, all my fears were laid to rest. Plus, the moving date wasn’t until the end of the school year.

I had nothing to worry about (or so I thought).

Reality came crashing down over my head when my credit card bill showed up. That meant time wasn’t waiting for anyone; including me. My secret was abruptly brought to light and it was imperative I tell someone in order to avoid any possible late fees. Who could I call? Who in my family wouldn’t bat an eyelash to help me…? Ah! Grandma!

How terrible of a granddaughter am I to rely on an old lady for financial assistance? Cynicism aside, she agreed and I was on the fast track to giving myself a heart attack. Without the absolute knowledge of my moving date or even where the hell I would be going, I was uncertain of whether I should start packing earlier or later. Even then, shoving things into boxes was double-duty. Not only did I have to make sure I was ready for my trip (without forgetting anything), I had to make positive I had my other things set up for the move (without forgetting anything).

Fast forward to Oh Shit Day and I was on a plane back to the desert. I thought I would be more excited to see home, eat Mexican food, and sleep under my glow-in-the-dark-star-dotted ceiling, but I wasn’t. I easily slipped back into the routine I was once a part of. My father even got some breakfast! 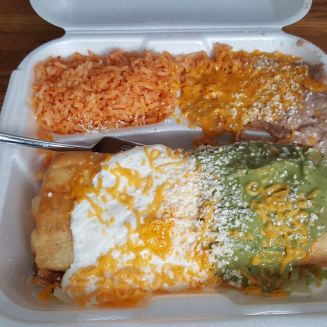 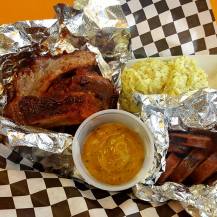 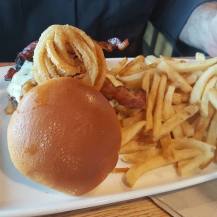 After a week of hanging out and being a fatty, I revved up my engines and went back to Japan. With the time difference, it was March 29th by the time I landed on the soil I’m quickly coming to call “home.” The rest of the week went something like this:

The day I got lost was the day I had never felt more foreign. Stuck in the middle of an area I knew nothing about, while it rained, with no knowledge on how to say, “I’m lost” was the most depressive state I’ve ever been in. I kid you not when I tell you my phone almost ended up in the gutter. Fear. Worry. Hunger. Hopelessness. It was all there in this ugly, knotted up thing lodged between my ribs.

Aside from a few odds and ends, I’m pretty much moved in and comfortable. There are other ALT newbies in the same apartment complex and I’ve been about as rude as I can be. So far, my only conversation with the lot of them has consisted of, “Hello. My name’s Ashley. Nice to meet you.” This love-hate relationship I have with people is going to see me as an unmarried spinster with plants and dogs clogging up my house in the future, watch.

I’m only sorry that I’ll be moving again after this school year.

My new home is situated in Hamamatsu’s northern ward, quietly nestled in a field of rice paddies, surrounded by trees. The Miyakado River separates my apartment from my school and already, I’m enjoying having water close by. As the sun sets, I can see and listen to the fish jumping from the water. What’s incredible is that the waterfront is lined with cherry trees. This spring, I’ll have my chance to witness the epitome of Japanese culture every day I leave my apartment. 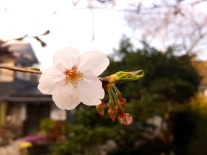 While my particular spot is famous for its oranges, Hamamatsu itself is famous for its gyoza, eel (うなぎ, unagi), music industry, and manufacturing. It was highly recommended to me to visit the unagi pie factory. They’re these crispy wafer-like cookies that are absolutely delicious. They’re often purchased as souvenirs.

Established along the Tokaido highway, Hamamatsu flourished with the constant flow of people coming and going. If you want to know more about the things that came out of this area, please visit the city’s website.

Recently, a drama was filmed here about a woman called Naotora Ii. Her original name was never recorded or never found, but she’s famous nonetheless. Born during the Warring States era and promised to her cousin Kamenojo (later named Naochika) in her youth, she was the only child in her family and unsuspecting of what life would give her.

As the political atmosphere heated up, Naochika was spirited away to protect his status as a potential heir. Because Naotora was left out of the loop, she thought he was dead and proceeded to be a nun. Over the course of 10 years, Naochika grew into a man of means, married, and had a male child: Naomasa.

This child was much beloved by all until his father was accused of rebellion and his family executed. Before the government could take Naomasa as a hostage of war, Naotora came out of seclusion, was declared lord of her clan and raised the boy. She sees him succeed as heir to the Ii clan before dawning her robes of religion.

The temple in which Naotora spent the majority of her childhood is about 20 minutes from here by car. It’s called Ryotanji. Every weekend, I can see the tourists gather at the Cultural Museum to get a gander at the historical artifacts… and buy some oranges. I’m sure they make their way up the hill at some point.

Overall, this is a town built for the quiet life and I’ll relish it (and the mosquitoes) until it’s time for me to start the next chapter in my life.