Are you fond of nature?

Do you like to take big whiffs of that fresh mountain air?

Does your throat freeze with overwhelming emotion?

Your heart is light when you think of the wind making the leaves giggle, the brooks babbling to each other, and the creatures making their chitter-chatter. You want to play with the deer and antelope and be euphoric!

Do you also like to scavenge and scrounge; to escape the light and purity to muck around in the damp earth?

Do you take pride in your humanly power when you hear Mother Nature cry out under your harsh feet?

You are shrouded in malice as you find monstrous treasures under the centipedes and pill bugs. You want to make a cave your hideaway and be forever a grungy hermit. Who needs society anyway?

But isn’t there a part of you that trembles at the magnificence of it all? Of trees so tall that you swear it would take years to climb their branches?

Chichibu-no-miya Memorial Park (秩父宮記念公園, chichibu-no-miya-kinen-kouen), often shortened to simply Chichibu Park, is such a world that elicits much feeling from me. I visited this place back in September when I saw an advertisement there was a craft fair. Being a crafty person myself, I couldn’t resist the charm of the local talent. Also, there was going to be snack stalls and I can never say no to food.

Before I knew there was a free shuttle that would transport me to the park without much effort, I trekked the half hour up the hill. It’s funny how, when you return, the trip goes so much faster. Winding my way through the side streets, I chuckled at the clash of old and new houses, marveled at the smallness of the streets, and enjoyed my walk overall. Upon arriving, I was greeted with a wall of towering pines and a giant sign saying “Handmade Crafts!”

Walking down to the wide pathway, I was in awe. I felt I could have been a princess in a fairy tale. Never having really experienced a forest before (unless you count dried up ol’ Mt. Charleston), my mind couldn’t help comparing it to Rumiko Takahashi’s Inuyasha. There was such glory! I was immediately humbled. 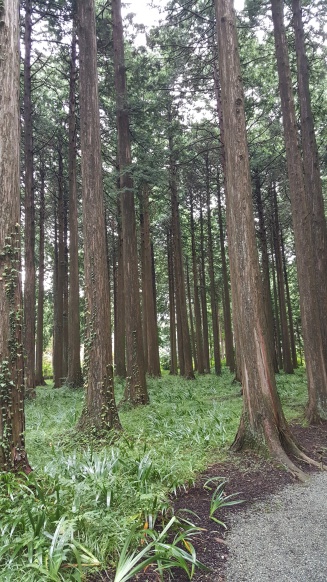 All too quickly, I was brought back to reality with a handful of fliers being shoved into my hands: pamphlets describing the booths, amenities available in the park, and a map (thank goodness for those). Too afraid to venture far from civilization, I stuck close to the booths. Having gone there early in the morning (apparently I’m too early for even Japanese standards), there weren’t that many open for business. They were all still at some stage of preparation.

The first things I purchased were cookies and a handmade bag. The cookies were more like shortbread than anything and the bag was required when I found out my little purse wasn’t going to cut holding everything. Amongst my paraphernalia were magnets (one for my mom and one for her friend) and two crafted owls (one for my mom and one for my dad). As I’m writing this, I should have purchased one for myself. They were awfully cute. 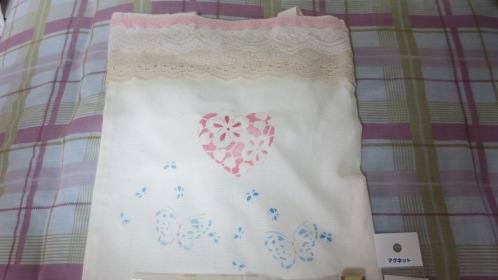 Giving my wallet a break, I decided to look around. This is where I give you your history lesson.

Gotemba’s characters (御殿場) stand for “palace place.” You see, Gotemba is only 2 hours away from Tokyo, formerly known as Edo. This area was a prime location for His Majesty and his entourage to vacation and rest on their way to the capital. It also proved to be a handy spot for daimyo and their families while they traveled. Because Edo was a time of peace, the Tokugawa shogunate wanted to make sure there were no uprisings so a hostage situation was arranged (参勤交代, sankin koutai). The conversation probably went a little something like this:

Shogun: (surveys the area) I see you have a large amount of land and your fief respects you.
Daimyo: Yes, sir.
Shogun: I also see you have a beautiful wife and two sons. Your daughter is rather pretty.
Daimyo: (starts to sweat) …yes, sir
Shogun: To show your loyalty to me, you will hand over your family. They will live in the capital with me.
Daimyo: But…!
Shogun: (hand pompously flies up for silence and with a stern expression) They will live in the capital with me. You will remain here for two years. Once your time is up, we will exchange your person for your family. Understood
Daimyo: (near to begging) Your Highness, I can assure you I will remain loyal! Please, don’t take my children! They are so young!
Shogun: You will heed my order. They will be well taken care of. The money will come from your coffers. (with finality) There won’t be any problems.

All expenses accumulated were to be paid by the daimyo. We all know war costs money and without it, there was no way for them to rebel. I digress.

The main house in Chichibunomiya still stands in its original form although the inside has been gutted and maintained as a sort of museum. The information pamphlet takes pride in it being 280 years old.

The last royal to stay there was Prince Chichibu and his wife, Masako. The son of Emperor Taisho, he was the second son and took up a successful life in the military. He was also an avid traveler and the royal villa in Gotemba became his favorite place to escape. Dying before his wife, Princess Masako made sure to detail in her will that the house be given to the city for preservation. I originally thought this to be a good gesture on her part, seeing as she and her husband never had any children, but there may have been a more selfish (or selfless) reason. The princess may have been avoiding taxation (酷税 or 国税, kokuzei) and by selling off the land to the city, she saved herself and any future holders of the house from being indebted.

Not only is the house interesting, but so is the nature. There are plants on the premises that bloom every season so you have something to look at while you’re walking around. Also, you wouldn’t be in Japan if there wasn’t a cherry tree. Those are scattered about as well. I happened to be there when the spider lilies were opening up. 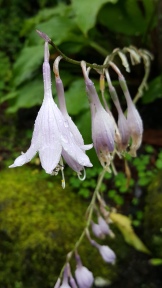 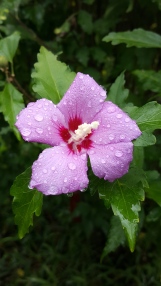 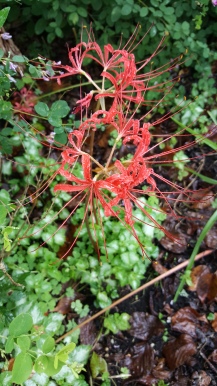 Before I left, I popped into the gift shop/rest stop by the front gate. I was aware there were some workshops going on as part of the fair and thought I’d look around. In a far corner were some children playing with pressed flowers, arranging them on a paper lace background. The women running the shindig were welcoming and were eager to get me to join in. Between broken Japanese and selective listening, I was able to participate. Luckily for my wallet, my inspiration to do this as a hobby was short lived. I wouldn’t have even known where to get the materials. 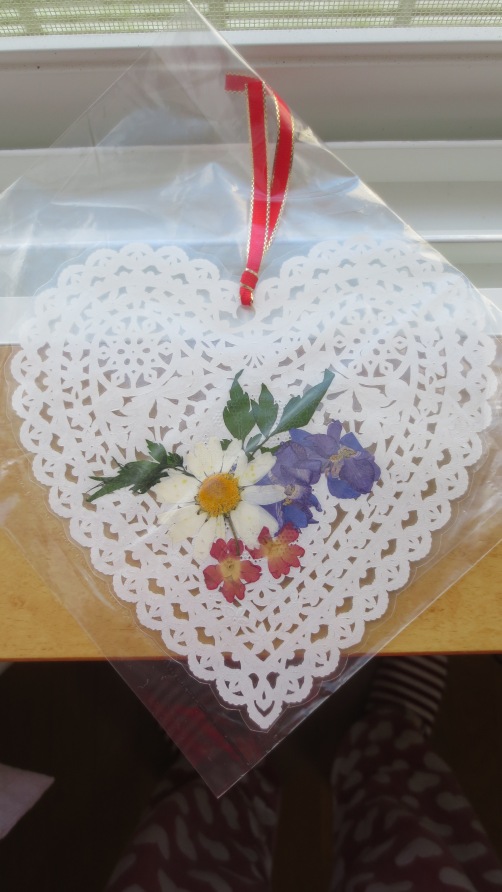 For ￥200, I took home a unique souvenir that I’ll always be able to treasure. The women also treated me to an arrangement already made. It now hangs above my bed with my collection of pinecones.

See you next time!